Discovery: The finding or uncovering of something. 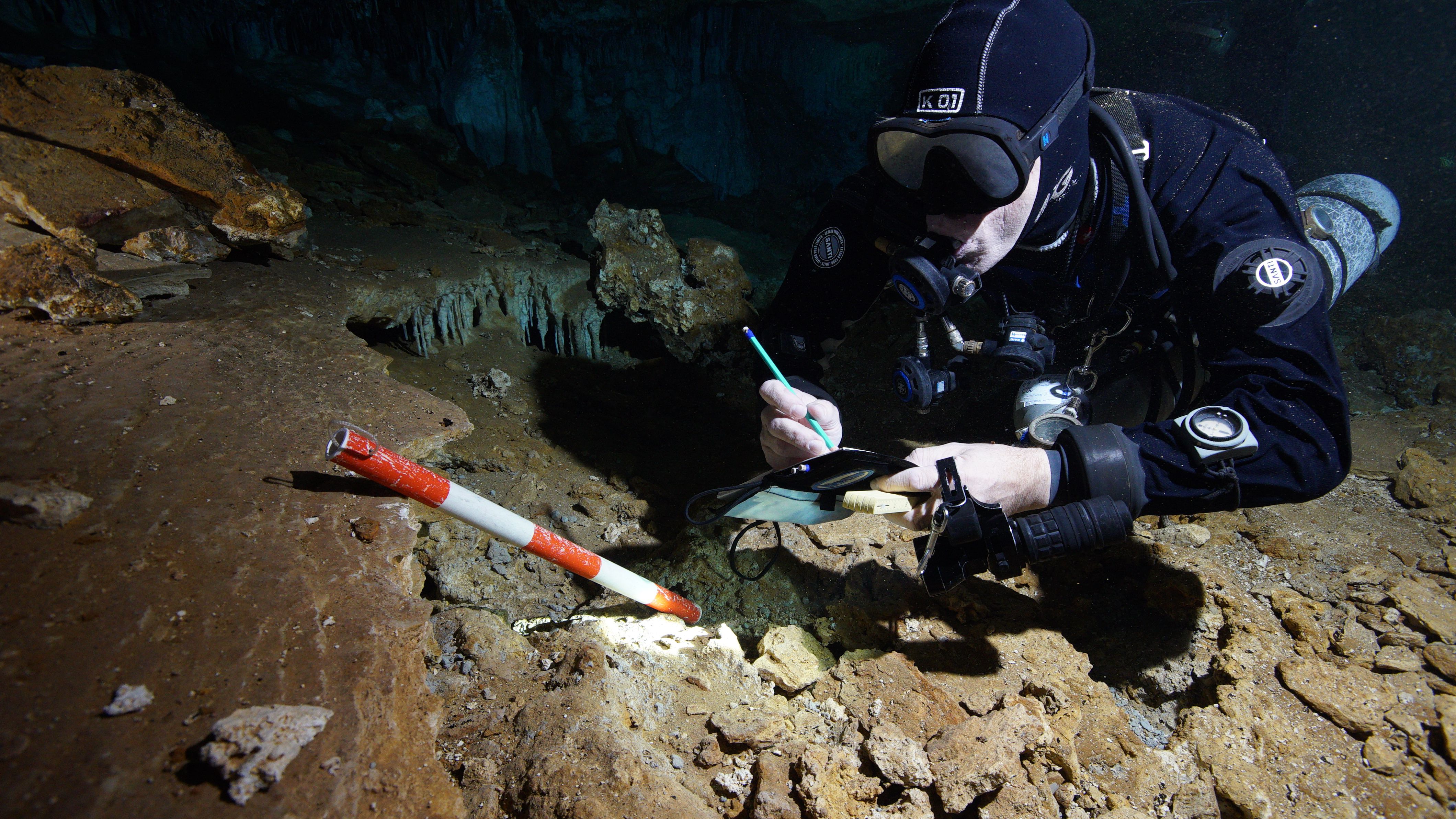 One hard fact about the caves of this area is that they were dry during the last ice age.  We know this because of the presence of speleothems which could have only formed in air filled environment.  We also know this because of human and animal remains that have been found over the years.

What has always remained a mystery is why people, elephants, giant ground sloths and many other Pleistocene fauna and megafauna would have risked the perilous journey into a dark, disorienting and hazardous environment.

Certainly, shelter was one potential reason, perhaps the search for water would be another. Did the caves serve as a ceremonial or ritual space? We know they went there because their bones are there, but until 2017 we had no other real indication of them having ‘been’ there and leaving something behind.  Over the years, we had seen tantalizing bits and pieces of evidence, a pile of rocks, a broken floor, but none of it added up.

What began as a project led by Fred Devos of CINDAQ to resurvey and map a cave already explored by local divers resulted in the discovery of additional passageway and the first real evidence of why ancient humans would have gone into the caves.

Ocher is a mineral pigment that humans have exploited ever since we evolved on the continent of Africa.  Used for ritual and quotidian purposes, the knowledge of how to extract and then utilize ocher has followed the spread of humanity across the globe.  Paintings that use ocher in France and most recently in Amazonian Colombia help us understand the world of ancient humans and their perception of it.  Other uses would have been as body paint, funerary adornment and perhaps even an iron food supplement. 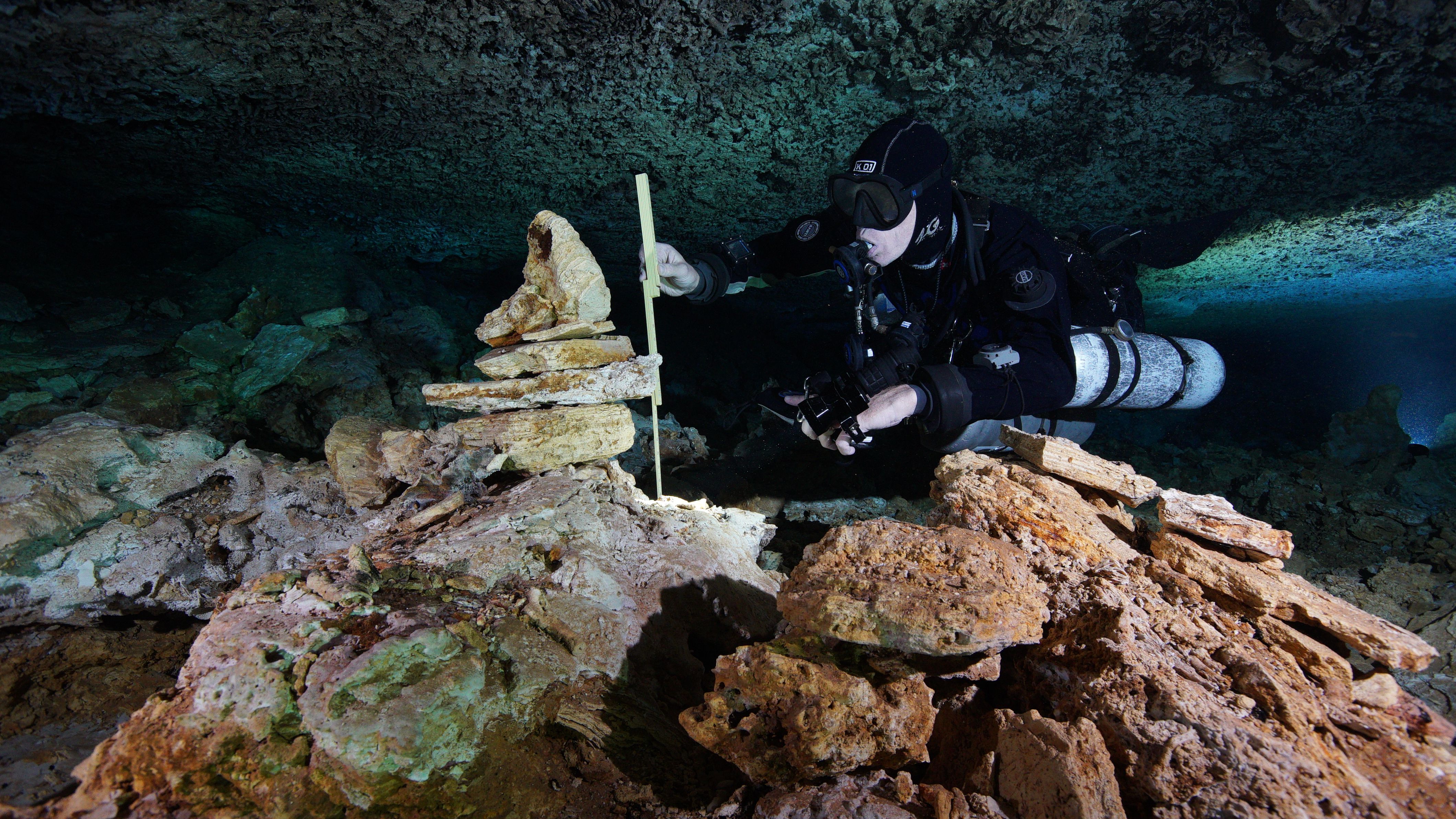 To actually find a source mine from the last ice age is rare and that is exactly what La Mina is.  When Fred, Chris Le Maillot and Sam Meacham first entered into the area all the pieces of the puzzle fell into place.  Broken floors with debris piled up on the sides, concentrations of charcoal, and hammer stones left as if last used the day before finally made all of our previous observations make sense.  Humans were the only ones that could have possible done this.

From exploration and cartography, our team then went into ‘science’ mode.  Taking our observations and documentation and presenting them to diving and non-diving scientists who begin to study the site.  We created 3D models of the passages using photogrammetric techniques and produced a 360 hi-res video so that the non-divers could come as close to experiencing the site as we do.  Three years of hard work saw the publishing of a paper in the journal Science Advances in July of this year.

The site is important for many reasons including the following:

For those of us at CINDAQ, our main motivation is the knowledge that such sites exist and more are yet to be discovered!  Every dive is built up with the question,

‘What will we find today?’

To find out more, please visit: